We’ve definitely been making the most out of George’s smoker since we moved in. It’s really awesome! You pick the meat, prep it however you want and put it in the smoker for a specific time. This one has a digital display so you can set the temperature of the smoker and also the amout of hours you want it to smoke. So basically you put dinner in when you leave for work and come home to a finished meal! Most meats don’t take that long to smoke though, but you still get the idea of how convenient it is. The smoker does all the work. So far we’ve made salmon, ribs, chicken wings and pulled pork, but the list of items we have to smoke still keeps getting longer. Tonight we went to Costco again and fell for the seductive look of the pink salmon.. So tomorrow we’re having salmon for dinner, and since it was awesome last time – why change a winning concept? The recipe I used last time had a dry brine and it’s supposed to brine for 14-24 hours. So if anyone has a smoker or decides to smoke some salmon on the grill – here’s a wonderful recipe for you!

Rub both sides of the salmon filét(s), cover in plastic wrap and then aluminum foil. Put the fish on a baking sheet in the fridge (fluids will come out) for 12 hours and then flip the fish. Let the fish brine for another 4 hours. Once the brining is done, rinse the fish in water. Then leave the fish out without any plastic to air-dry for 2-3 hours. Now let’s the smoking commence! Heat the smoker to 150 degrees (Fahrenheit) and use wood chips of your preference. We used hickory. Let the smoke fish for about 5 hours, or until the temperature on the thickest part of the salmon reaches 150 degrees F. We actually took it out after 4,5 hours and the temperature was just below 150. So it’s really up to you how long you want to smoke it, since salmon can be eaten raw. Enjoy! 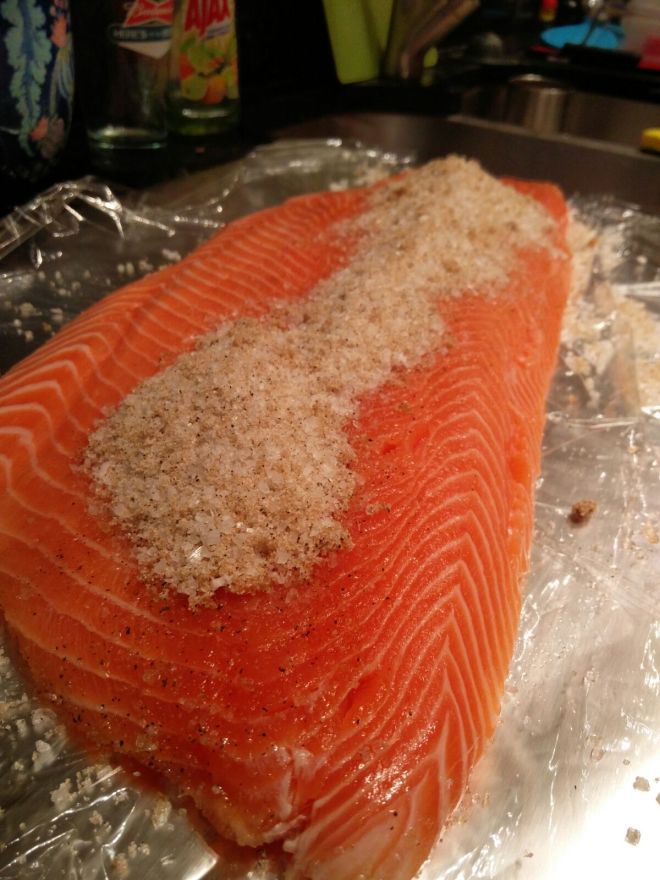 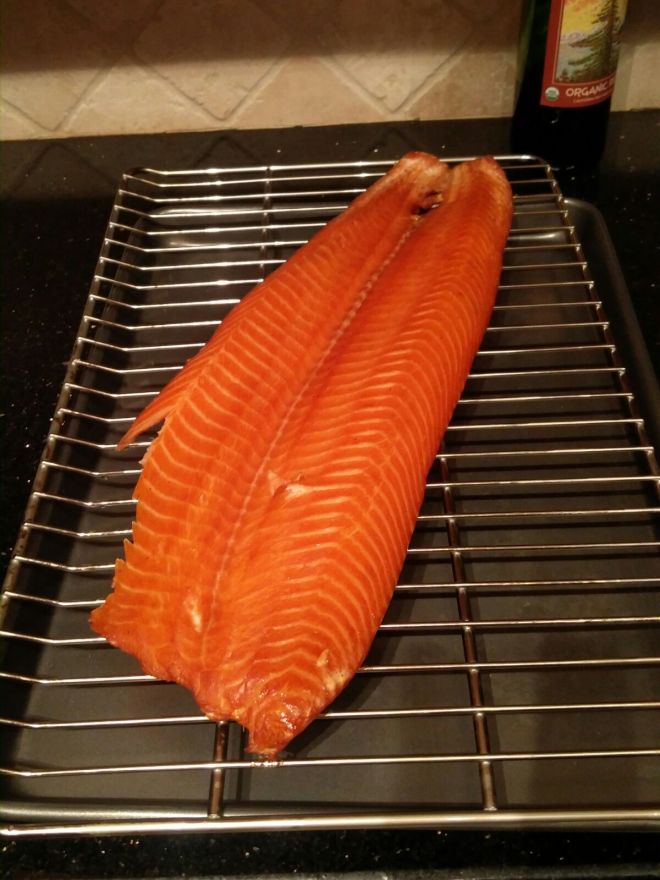